How Much Do Freelance Web Developers Make? [Full Guide] 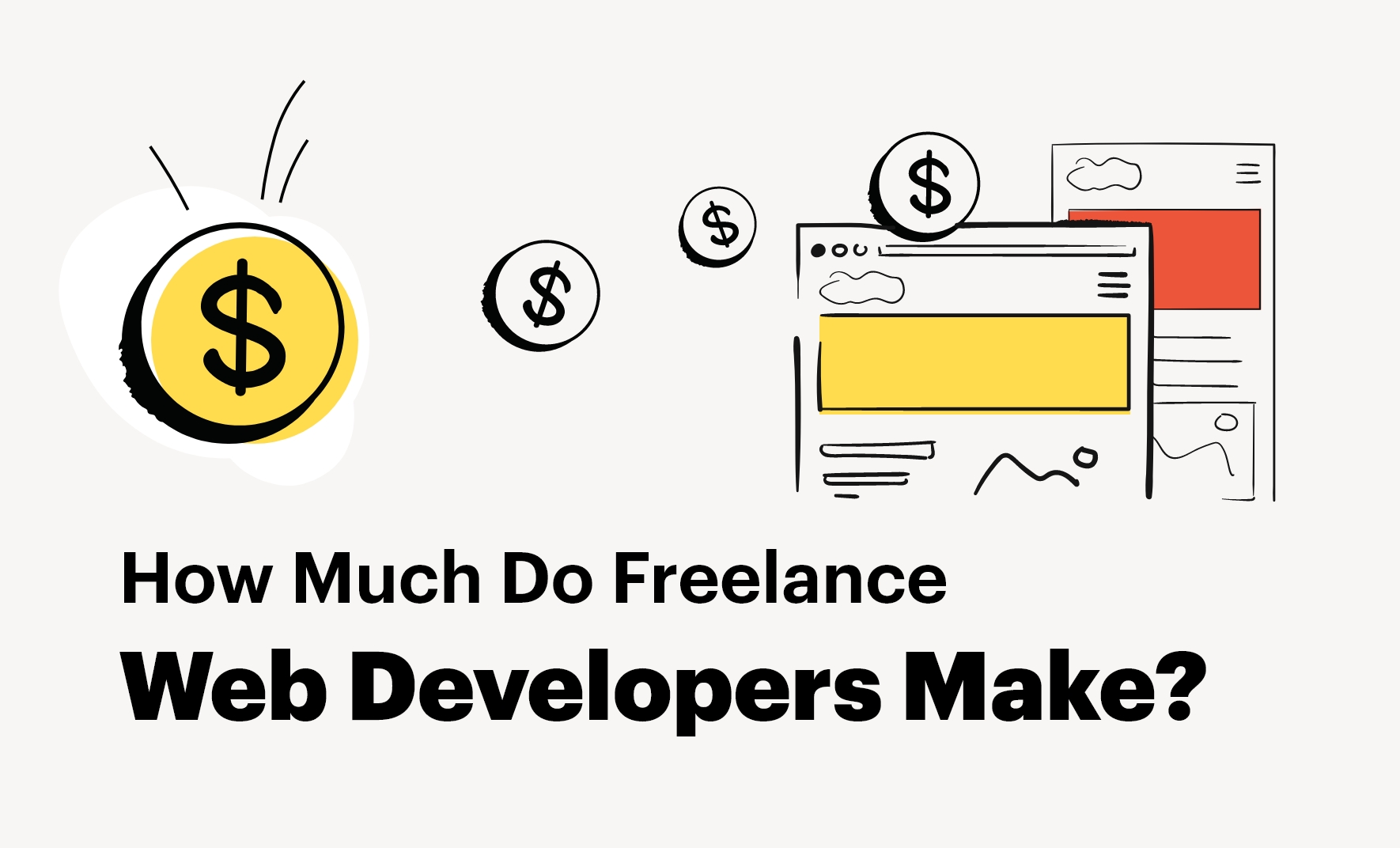 Let’s make it very clear from the start this is going to depend. We can give you the latest statistics, but individual factors are going to be decisive. Your salary as a freelancer is going to depend on the amount of work you do, your experience, the specific type of work, and the hours you are prepared to put in. And that’s just if you can guarantee a steady flow of work coming in. So the caveat is don’t get carried away by the figures, it could be less, but equally it could be much more.

Freelancers either get paid per hour or for a fixed-price job. The rates you can charge are going to be dependant on your skills, your reputation, your pitch, even your location strangely matters. And rates vary. One thing the statistics show us as clear as day is that freelancing in the world of web development is on the increase. In 2019, the freelancing industry, in general, contributed almost $1 trillion USD to the US economy and there were nearly 60 million freelancers in the States. And these figures have risen in the last few years. Britain and Brazil are seeing enormous growth and other areas such as Eastern Europe are not far behind. So these are not all web developers, that’s true, but you can still see there is huge competition in this growth area.

There are reasons for this push towards freelance work. Advantages are clear, things like greater control and flexibility mean that developers can work from home, wherever that may be. They can also demand higher payments and have more choice in what projects they are prepared to do and what they aren’t. The rewards can be great both financially and for your lifestyle choice but there are risks too. Freelancing lacks the safety net of employee status.

Even with the risks in mind, there is a clear drift towards freelance work. So let’s look at your potential earning capacity.

According to the latest figures from Glassdoor, the average salary in the US for a freelance Web Developer is just over $75,000. Of course, this is exactly what it says -an average salary. The very definition of which means that whilst many people will be earning much more than this figure, there will also be many freelancers earning less. To properly estimate your own potential salary you need to adjust it for further factors. These include experience, expertise and specialism, full-time or part-time,  actual job function, reputation, and even location.

Glassdoor and ZipRecruiter concentrate on the US market but it’s fair to say this is a reasonable guide to salaries. Their statistical analysis shows that at the beginning of a freelance career the average salary is just under $60,000 and rises to nearer $90,000 for experience developers. With top-end freelancers earning over $130,000 per annum. Figures from the UK suggest a similarity in salary structure.

These factors are not based on time alone, experience here would include things like building up your portfolio and client lists in order to produce work at a higher profit margin. you can charge more when you are a wanted developer.

The salary you earn will depend on the type of developer you are. What market niche you are serving and the coding languages that you know. It is impossible to cast a blanket and cover all the types of developers, claiming they all earn the same. Certain skills demand a higher price. Whether you are Front-end or backend, WordPress only, Full Stack, or a Security special your average earnings and earning per hour will vary.

As you would expect a full stack developer usually earns more than a front-end and more than the general averages stated.

Even in the increasingly familiar world of remote work, location still has an effect. Just comparing average figures for US entry-level freelancers there is a difference of almost $20,000 between LA and New York and even more for somewhere like Minneapolis. Here there are definitely factors of competition and reputation as well as nearness to the center of the business.

Remote freelancing should mean that location doesn’t matter. And certainly, businesses are now more and more prepared to search for global talent at what is often seen as a better price. Factors such as time zone difficulties, language, communication, and team management are all easier to get around than ever before and business owners are ready to go further afield.

Regional and Country rates are vastly different with the cost of freelancer developers in the States, BNew Zealand, and Australia being the highest in the world at approximately $70 per hour. This is significantly more than Eastern Europe and Latin America at $56. The significantly different cost of living in various countries means that a freelance Web Developer in Poland can be earning much less than one in London but still be better off.

The more hours you work, in theory, the more money you will make. Whether you are a full-time professional or a part-timer will have an effect on your salary. Simply because of the number of projects you can take on, and complete.

The type of client you attract will also have a huge impact on your salary. This is not only in terms of the types of business you are working for but also their locations. Obviously, businesses based in more affluent countries are willing to pay more than in poorer countries. Much depends on where you are marketing your services and to which type of client.

How much do freelance web developers earn is a question that can not be answered in the most simple form. Behind the raw statistic available is a whole raft of dependent factors. The ballpark figure of $75,000 a year may seem like a million miles away for some and for others, it’s been left behind as pocket money years ago. What is for certain is that building up your skill set and experience and working on client relationships will help you reach the higher echelons sooner rather than later. This is very much a world where you get out exactly what you put in.